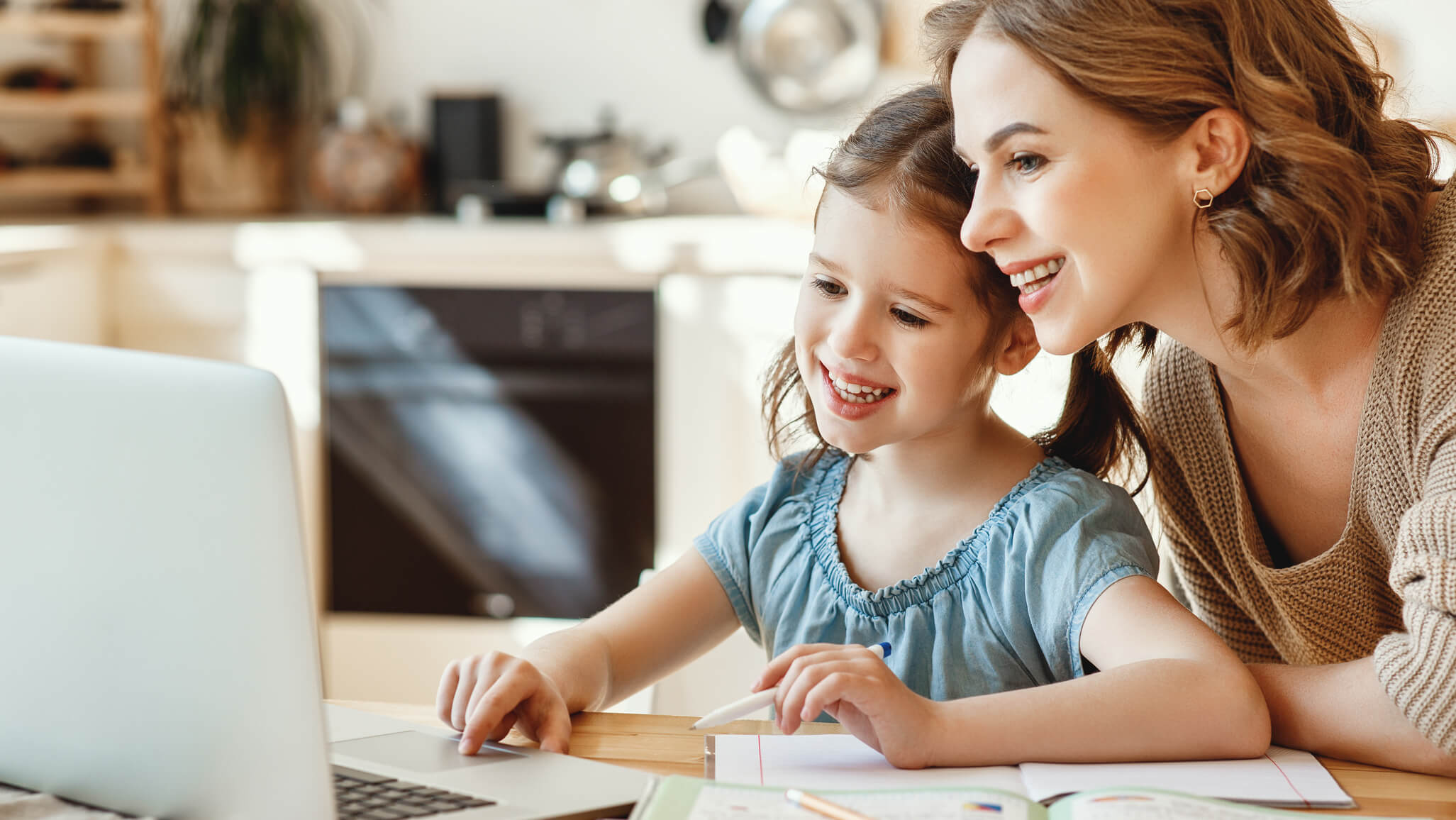 Learning Should Be Effective and Fun

Children won’t recall the right information after a few lessons in a classroom. While part of their formal education will involve learning about the energy we consume and the dangers associated with it, regular lessons and reminders are what kids need to have important information stay with them.

Depending on their age, you may want to cover all the information we have for you here over a period of time — just enlighten your young ones with the vital points they can handle at their current stage of development. Make your teaching on energy a fun and fascinating time that includes some interactive educating like touring your home or school building on an inspection (outlined below), asking questions and visiting some of the quality websites that offer a kid-loving way to learn about the history of energy, to understand the environmental impact of our energy use and to play learning games that teach energy safety for children.

Types of Energy for Kids to Know About

Sources of energy fall into two categories of either renewable or non-renewable. The majority of energy used today comes from non-renewable sources, but renewable energy use has been on a slow and steady incline over the recent years and is expected to continue increasing as we tap into more renewable energy sources to limit our consumption of the dwindling, carbon-releasing supply of fossil fuels.

Renewable energy refers to energy taken from naturally occurring elements that won’t run out, such as:

Non-renewable energy is made from naturally occurring elements that do not replenish quickly and will eventually run out, such as:

Teaching kids about the limited reserves of the non-renewable types of energy is very important for their future and will help them see the reason to use energy efficiently. Although some electricity is generated with renewable energy, most of the energy used today in the United States comes from non-renewable sources. It will save you money to conserve energy, but more importantly, conservation will preserve the dwindling reserves of non-renewable energy sources.

The Energy We Use the Most

Fossil fuels provide most of the world with power in the form of coal, oil and natural gas. These naturally occurring fuels in the earth must be extracted and processed to be used for our power needs. All of them are used to provide power to our homes after they are refined and processed according to their specific uses.

At Shipley Energy we provide our customers with:

What Kids Need to Know About Electricity

Electricity is produced from a few different energy sources that include both renewable and non-renewable origins. From data for 2014, electricity generation in the United States came from the following sources:

Electricity is mainly produced at a power plant where the various energy sources are used to turn turbines, which turn electromagnets surrounded by heavy coils of copper wire. As the magnets move, they cause electrons to move between atoms in the copper wire to create electricity. This electricity is then moved through a series of wires to reach consumers, who will use it to power all kinds of electrical devices and systems.

Electricity has many practical applications all around us, but the proper use and control of electricity is very important because it can cause a lot of damage to people and property when not contained or when used carelessly.

The concoction of electrons and atoms that we call electricity is always trying to find its easiest path to the earth, so if a person — or anything else that can conduct electricity — happens to get in the way there could be serious damage.

Static electricity is created when two objects touch each other and their electrons have opposing electric charges — one positive and one negative. Static electricity can cause a small shock when you touch something to ‘release’ the charge or it can cause the objects to ‘stick’ to each other, like clothes fresh out of the dryer.

You’ve likely felt an electric shock from static electricity. This is a very mild shock compared to the shock you would get from the electrical current that runs through your outlets or through power lines. The human body is an excellent conductor of electricity because the majority of it is water, which electricity loves to move through. So, not only do you want to be careful that your body doesn’t come in contact with electricity, but you also need to keep water in any form away from electricity.

Here’s a list of safety tips you can talk about with your children to help them become more aware of the dangers of electricity around the home and outdoors:

What Kids Need to Know About Natural Gas

Natural gas was formed millions of years ago and is located under deep layers of rock. It’s actually a mixture of gases: It is mainly methane mixed with smaller amounts of nitrogen, butane, ethane, carbon dioxide and propane. It is extracted from the earth by drilling deep wells to reach the deposits. Natural gas is found in two different forms located in:

Shale gas has become more popular in recent years in the United States as the sandstone reservoirs have become more depleted. Workers release the natural gas in shale rock through a process called hydraulic fracturing, or fracking. This involves directing a high-pressure water mixture down a drilled well onto the shale rock to release the gas, which then flows out to the head of the well.

Natural gas is a non-renewable energy source and is seen as the most environmental friendly of all the fossil fuels due to properties that make it burn the hottest and the cleanest. This makes it an efficient choice for home heating and an environmental choice for its low carbon output.

An underground system of pipelines transports natural gas around the United States. Long ago, you needed to be close to a natural gas drilled well to be able to use it, but now a combination of high-pressure pipelines and smaller pipelines carry it into homes and businesses: Over 177 million Americans have access to natural gas lines.

Since gas lines are underground and you can’t access them inside your home as easily as you can access electricity, they don’t pose a problem unless there is a leak in a line or if a gas appliance isn’t hooked up properly.

There are rules for digging, building houses and using gas appliances to avoid gas leaks, but the biggest safety concern for kids is identifying a leak and responding appropriately.

When natural gas comes out of the ground it is odorless and invisible, so gas companies add a chemical called mercaptan. This is what makes natural gas smell like rotten eggs or a skunk.

Leaking gas can cause a fire or an explosion if exposed to a flame or even a spark. Here’s what kids should do when they smell the strong aroma of natural gas:

What Kids Need to Know About Propane

Although propane is a gas in its natural state, when it is stored at a higher pressure or a lower temperature it becomes a liquid. Propane is transported as a liquid because it is about 270 times more compact as a liquid. When the valve is opened to release it from its pressurized container, it becomes a gas again to be used for heating and other applications.

Like all fossil fuels, propane emits greenhouses gases in the form of carbon dioxide, but it is a clean burning fossil fuel, which makes it popular as a transportation fuel and for indoor equipment like forklifts.

In homes propane can be used for:

Being Safe with Propane

Propane safety rules are similar to those of natural gas: The main concern is detecting a leak. Like natural gas, propane is odorless and invisible so that stinky chemical called mercaptan is added to ensure any leaks can be detected quickly.

If a propane leak is suspected, follow the same steps described above for a natural gas leak. If you don’t already have one, decide on an emergency meeting place a safe distance from your house that all family members will know to meet at in case of any type of emergency.

After you’ve had a chance to talk with your child about propane, let them play games and explore the Propane Kids website to encourage regular learning about propane as an energy source and how to be safe with propane in the house.

The Home Energy Checklist can be a fun activity to teach energy safety for kids: Take a walk through your home (or discuss safety concerns in a classroom), check that all the electrical and natural gas and propane safety rules are followed and talk about the energy used in your home. Check that:

You can help your kids learn more about energy and how to use it efficiently by performing a home energy assessment with them. While you may want to take the extra step and have a professional home energy audit done, a self-assessment done with your kids will be a fun experience that will let everyone know how to best use energy and be aware of potential energy losses. While your children may not care too much about the savings you’ll get on your energy bill, they will likely care about saving the environment by cutting down on the energy you need to run your home.