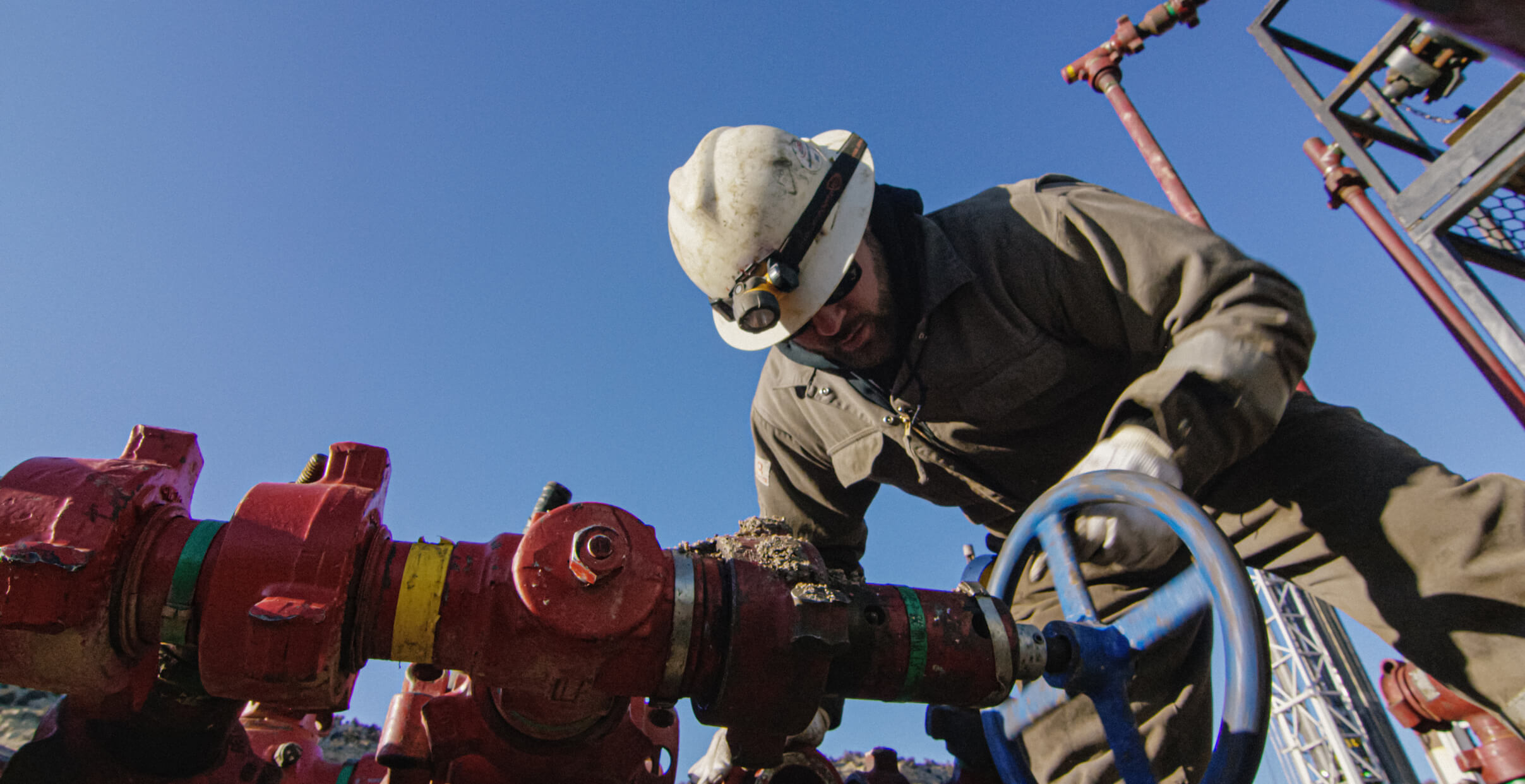 In the last decade, the volume of natural gas used each year has been enough to fill the size of a major U.S. city. In 2009, for instance, approximately 70 million homes, office buildings and factories throughout the country consumed 22 trillion cubic feet of natural gas as a power source.

There is an 80/20 breakdown of natural gas consumption between businesses and homes throughout the U.S. Homeowners account for a fifth of all use, while public and private office buildings, factories, and other large facilities use the rest.

In competition with other fuel types, natural gas accounts for nearly a third of all energy consumption in the U.S. At power plants, natural gas powers the generators that yield energy supplies across local communities. In the food and manufacturing sectors, natural gas runs the machines that prepare packaged foods, bottled beverages, home furnishings, appliances, and electronics for America’s consumers. To a smaller degree, fleets use natural gas as an alternative to more conventional fuel types.

In recent years, natural gas has been the fuel of choice among a small but significant percentage of commercial building owners, roughly 14% of whom used the fuel as an energy source during 2013. The reasons for this are quite clear, as natural gas is the eco-friendly choice when compared to some of the other options. In buildings, natural gas primarily powers water heating, air conditioners, and heating systems.

In the world of manufacturing, natural gas helps make medicines, fertilizer, engine fluids, and cement among other products. Overall, the manufacturing sector accounts for nearly a third of natural gas consumption in the U.S. In 2013, 31% of natural gas usage occurred at the nation’s factories.

The same companies that produce natural gas also use it as a power source. In the oil and gas industry, natural gas powers the compression stations that transport supplies of natural gas for other uses. At oil refineries, natural gas serves as a heating and power fuel.

Though the number is small, a tiny percentage of fleets have embraced natural gas as a fueling alternative. The barrier in this area has been down to a lack of availability and the relatively slow fueling times. However, use among fleets and motorists could increase as natural gas becomes more available throughout the country. As things stand, natural gas vehicles emit 60% to 90% fewer pollutants than vehicles that run on more conventional fuel types. Paired with the discovery of natural gas sources across the country, this could turn the fuel into a viable alternative to gasoline in the coming years.

A breakdown of natural gas use by industry reveals the extent to which the fuel has transformed certain sectors in various areas. As a clean-burning fuel alternative, natural gas plays a role in everything from heating and drying to cooking, lighting and refrigeration. Natural gas consumption by sector breaks down as follows:

Factories and pressing plants use natural gas for a wide array of industrial purposes. As products flow along assembly lines, natural gas powers the conveyor belts that move each item from one stage of assembly to the next. Natural gas also runs the heaters, coolers and air purifiers that ensure quality air in factory settings. Overall, industrial usage accounts for roughly 35% of America’s natural gas consumption. Natural gas largely fuels the following productions.

As the sources for natural gas expand throughout the U.S., domestic use of the fuel is likely to increase at industrial facilities across the country.

Natural gas has made significant inroads in the electric power sector, where the alternative fuel accounts for 26% of energy consumption. In turn, the sector accounts for more than a third of natural gas consumption in the U.S. In 2017, electric plants were responsible for 34% of natural gas usage. These companies produce electricity that they then sell to other companies, thereby extending the fuel’s reach as a driving force behind various industries.

Natural gas has grown increasingly in the commercial sector, where the fuel is responsible for nearly a fifth of energy consumption. In 2017, roughly 18% of commercial operations relied on natural gas, while the sector accounted for 12% of the fuel’s use in the U.S. Natural gas is used to power a variety of functions in the retail and service industries, including the following.

Over the next decade, the trend toward natural gas use among commercial establishments could expand in its reach and application as sources become available near increasing numbers of shops, malls, and restaurants.

Natural gas is slowly inching up as a viable fueling alternative in the transportation sector. Though the usage numbers are small, natural gas has powered the compressors that drive the fuel into pipelines. For now, the majority of vehicles that have switched to natural gas are government and commercial fleets. As of 2017, 3% of organizations in the transportation sector had embraced natural gas. Of that figure, 94% was as a source of power for distribution operations across the U.S.

Natural gas has witnessed its most substantial growth in the electrical power sector, where the fuel powers a series of processes that generate electricity. The generation of power often occurs in single-cycle gas turbines, which convert heat combustion to electricity at 35% to 40% efficiency. At NGCC plants, the combined cycle of gas and steam turbines can yield efficiencies as high as 50%.

Its low price at the turn of the millennium initially spurred the rise of natural gas. During this period, gas-fueled power plants popped up around the U.S. By 2003, the fuel had surpassed coal as the nation’s largest energy source for the generation of electricity. Natural gas-fueled plants are now among the most inexpensive to build, and this — coupled with the environmental benefits of natural gas usage — should fuel their spread throughout the country.

Aside from the fuel’s relatively low cost, natural-gas plants have the advantage over coal plants in terms of operational options, as the former can fire on and off quickly. For this reason, natural gas initially came into use to fulfill electricity demands at times of peak capacity, typically during the hottest weeks of summer. Otherwise, natural gas plants sat idle in favor of using coal as the power source.

Starting in 2008, the price of natural gas began dropping in the U.S., spurring the current trend of natural gas as the primary source of electrical power. In 2001, natural gas accounted for only 17% of electricity generation. By 2012, that figure had jumped to 30%. Analysts predict the electric sector will slash emissions by 22% as natural gas plants fully take over.

Reasons to Choose Natural Gas for Your Commercial Business

As more U.S. producers of natural gas make the fuel readily available to American businesses and consumers, the country could gradually break away from its dependence on other regions of the plant. 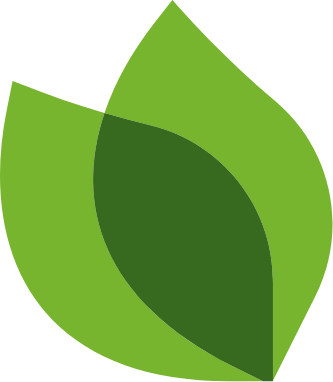 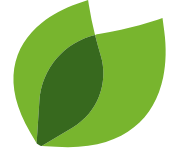 Compared to other types of fuel, natural gas is a relatively low-cost option. You can redirect the money you save on fuel costs toward other areas of your business, such as renovations, redesigns and upgrades to your infrastructure.

Natural gas is a clean-burning fuel that significantly reduces gas emissions, making it a much better choice for the environment.

Natural gas is a more efficient fuel than the other leading options. Therefore, you can get more power out of a single gallon and save money.

One of the best things about natural gas is that it is a U.S. product. The mainstream oil and gas industries have long relied on petroleum from the Middle East to produce the oils and gasoline brands used in most of the nation’s cars and trucks.

Natural gas could help your business save money, boost efficiency, and reduce your carbon footprint. As the public becomes more environmentally conscious and knowledgeable about the benefits of natural gas, making the switch could also help you boost your brand name and increase your standing among consumers. Contact Shipley Energy for more information about our commercial natural gas services.