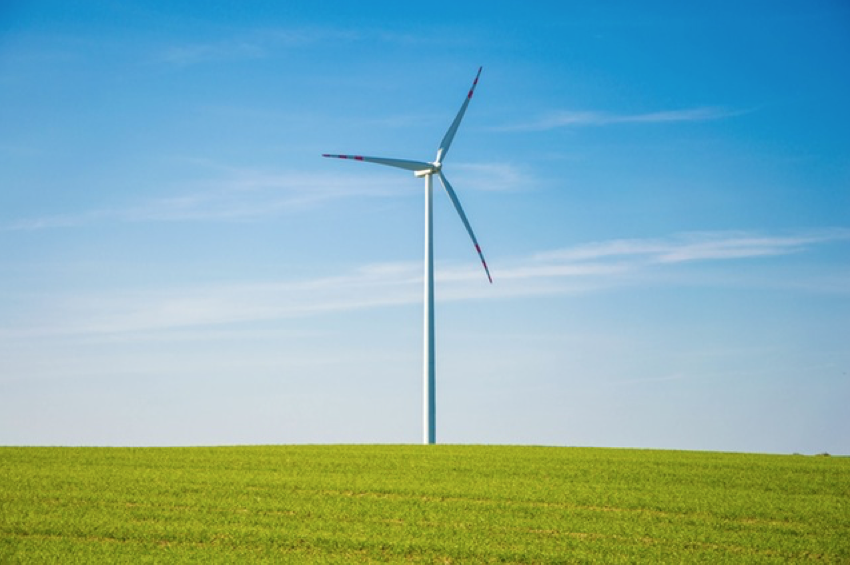 What is “Green Power” and where does it come from?

These days, it seems just about impossible to avoid conversations about the environment, greenhouse gas emissions, and trying to create more sustainable habits. With over 25% of the United States’ annual greenhouse gas emissions coming from electricity generation alone, this is one of the most important areas to address – and easily one of the most intimidating to anybody without an engineering degree.

Green power most often comes in the form of solar panels (rooftop– or ground-installed) and wind turbines: two types of electricity that are considered both renewable and emissions-free.

Solar panels may be seen all over the place, but there are actually certain places and conditions that make better or worse generation sites. The photovoltaic cells in solar panels convert light of the sun into energy, so sites that can provide the correct direction, angles, etc., relative to the sun can impact the amount of power created by the project dramatically.

The other icon of the green power movement, wind turbines that dot more and more hillsides around the country, also work in a very straightforward manner by turning the rotational force of the “fan blades” – propelled by wind – into electricity. Just as with solar panels, there are better and worse places to install these generators, but wind turns have even less flexibility: they need to be tall enough to catch as much wind as possible, the fan blades need to be able to turn unobstructed, local aviation laws can present a conflict, etc.

These two types of power generation are highly regarded in environmental conversations because once installed, they do not require any additional fuel to create electricity: meaning both (a) that they will generate power as long as the sun shines or the wind blows (“renewable”), and (b) also that they do not create any of the greenhouse gases associated with fuel-based generation (“emissions-free” or “carbon neutral”). In support of these major environmental benefits, various levels of government have taken steps to encourage the development of solar and wind projects across the United States, including loans to get more solar panels installed on individual homes and investing directly in large-scale generation projects.

Is “Green Power” right for my home?

It can be a big step for a household to get involved in the “green power” movement. Do you have the right roofline for solar panels? Are loans still available in your area, or can you afford the high cost of installing at-home generation? Will you be able to install backup batteries, or will you sell your power back to “the grid” when you don’t need it? It’s a lot to worry about, and not everybody has that bandwidth. This is where products like Shipley Energy’s green electricity plans come in, by sourcing green power and including it with your normal supply.

Most solar and wind projects (often built by commercial developers) typically get connected to the greater electricity grid, which then incorporates the power into the rest of the generation mix and delivers it to homes and businesses in the region. At the end of the day, your home doesn’t care where the electrons came from as long as the lights stay on – but there are also all of those environmental benefits on top of the power being supplied, and various levels of government have decided that has some extra value that should be recognized.

Renewable Energy Credits are a way of quantifying these benefits: when one megawatt-hour of energy (about 10% of your home’s annual usage) is produced from solar, wind, or other renewable power sources, one credit is created in a centralized registry indicating when, where, and how the power was generated. The credits represent the environmental attributes and can be used to balance “normal” power generation by being sold and used (registries have safeguards to ensure each credit gets used only once). By purchasing and using RECs in measure with your home’s energy usage (about 10 RECs per year), the environmental attributes are being transferred from the solar or wind farm to your home. Through your electricity supplier, you are investing in those energy projects (via RECs) and are allowed to claim a corresponding amount of environmental benefit in exchange.