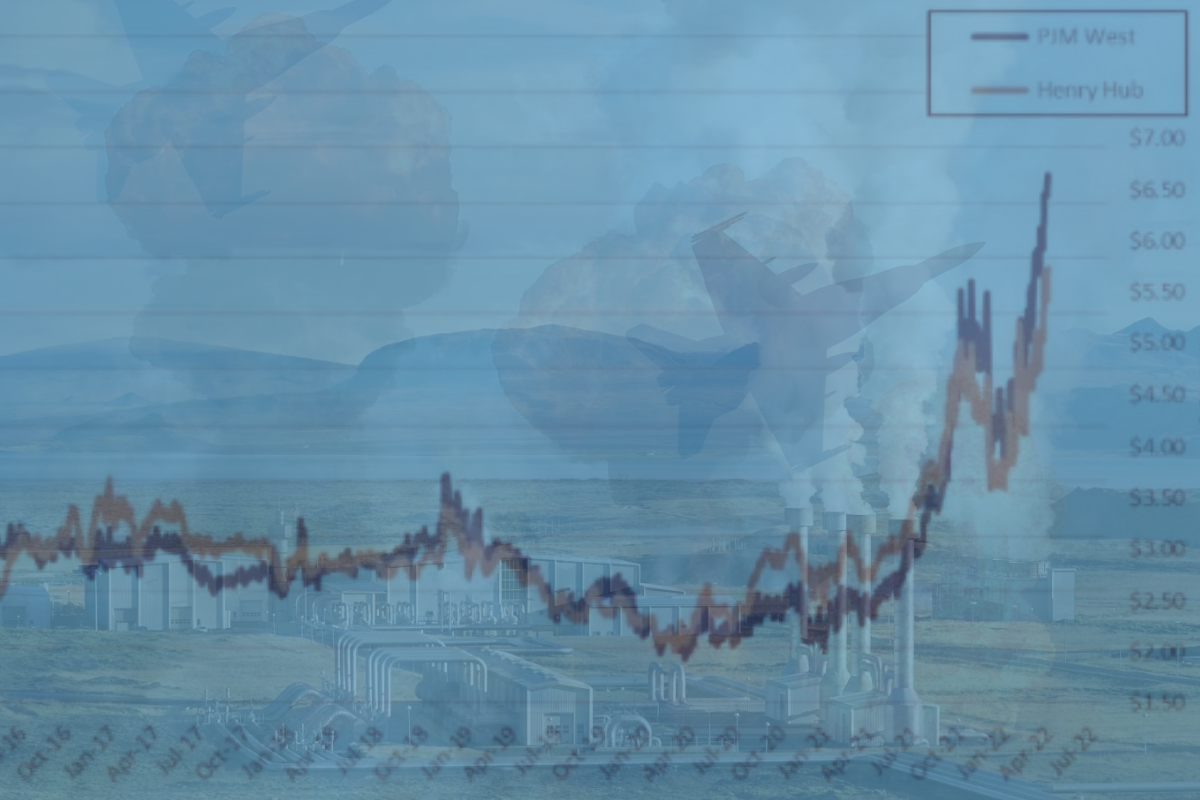 Our Shipley Energy Commercial Solutions Team is excited to share with you the March Energy Market Update to keep you informed on trends, weather, and other factors impacting the energy market.

Energy markets world-wide were disrupted [yet again] in late-February as Russia invaded Ukraine. Over the month of March several sanctions have been put in place to limit Russia’s economy from competing in global markets. U.S. President Joe Biden banned the import of all Russian oil and gas with many other nations doing the same. Russia’s invasion of Ukraine is causing what could be the world’s biggest supply crisis since the 1970’s.

Commodity prices are surging to heights we’ve not seen in decades. In an attempt to combat soaring gas prices, President Biden announced Thursday, March 31st that he would be releasing 1 million barrels of oil per day for the next 6 months from the U.S. Strategic Petroleum reserve. This will bring the level of oil in the reserve to the lowest it’s been since March of 1984. Watch our update on how this might affect your business on YouTube.

As we enter natural gas injection season, it’s uncertain that the U.S. Midwest, which is currently sitting at 20% below average, will be able to fully refill inventories. Natural gas inventories continue to be 20% less than the same period last year, even with weekly storage withdrawals being less than estimated.

In the electricity market, forward power prices continue to rise with prices for all terms currently trading at the highest levels they’ve been since 2008. Monthly average settlement prices in both the West and Eastern Hub are 80% higher than they were last year in March.

The natural gas storage reports throughout March showed weekly withdrawals less than was estimated. However, inventories continue to be 20% less than the same period last year and 17% less than the 5-year average.

As we enter the injection season, it’s uncertain that the U.S. Midwest will be able to fully refill inventories.  Inventory is currently sitting at 20% below average storage and regional gas demand is forecasted to rise this summer when compared to last year.  Liquified natural gas exports will also keep inventories low.

The Russian invasion of Ukraine has increased uncertainty in the natural gas market and heightened the importance of timing energy purchases. Consider locking in long-term to protect your costs.

We recommend that those looking to renew in the near term reach out to account managers for daily price updates. The opportunity to lock in on days when pricing is lower relies on staying up-to-date on moves in the market. Customers should review fixed natural gas terms in the 24-36 month range to secure their gas supply over a longer term and take advantage of lower prices and less volatility in the months beyond the current 12-month curve.

As more bullish factors dominate the energy markets, forward power prices continue to rise. Inflation is touching every aspect of our lives and electricity prices are no exception.

Forward power prices for all terms are currently trading at the highest levels they’ve been since 2008. Monthly average settlement prices in both the West and Eastern Hub are 80% higher than they were last year in March.

The electricity market in PJM – and really all of the U.S. – continues to outpace itself each week with numbers most purchasing managers have never even seen.

Just how high is this? Here are some reference points:

There are many factors contributing to why energy is so much higher than it was 25 months (or even four months) ago. However, they are all red herrings next to Russia’ invasion of Ukraine. Russia is a critical piece of the world energy infrastructure and no amount of perceived “energy independence” is going to keep rates down domestically as long as the invasion persists. Even if the conflict ends relatively soon (and peacefully), it will take weeks, months, or even years to repair the current shortfalls to European and Asian energy markets. As long as they need our energy (and specifically our natural gas) as badly as they do, rates will continue to rise.

Those with April and May renewals need to lock in a short-term extension now. Rates will likely be significantly higher than your last contract but hopefully not double. For those with June renewals and beyond, should look at a layered purchasing structure. Especially those using over 1 million kWh annually. Simply hoping to get lucky once and capture the bottom, is not a responsible hedging strategy in this heightened atmosphere.

Global energy markets are at a crossroads due to Russia’s invasion of Ukraine. Which experts are saying could cause the world’s biggest supply crisis since the 1970’s. Commodity prices are surging to heights we’ve not seen in decades and energy security is now top-of-mind for political agendas.

On Tuesday, March 8th, Biden banned all oil and gas imports from Russia in an attempt to economically isolate Russia. European countries are hoping to do the same and are weighing their options. Most are searching for new energy suppliers and considering the option of rationing energy for end users.

Biden also announced on Thursday, March 31st that he would be releasing a total of 180 million additional barrels of oil in the next 6 months from the U.S. Strategic Petroleum reserve. While its effort is to combat soaring gas prices, this plan will also bring the level of oil in the reserve to the lowest it’s been since March of 1984.

It’s too early to predict the long-term effects of this invasion, but it’s clear that there will be lasting changes to the energy market.

Disclaimer: The market update is intended solely for informational purposes only. Shipley Energy Company does not warrant or attest to its accuracy. All actions and judgments taken in response to this report are the recipient’s sole responsibility. Shipley Energy Company shall not be liable for any direct, indirect, incidental, consequential, special, or exemplary damages or lost profit resulting from these market updates.