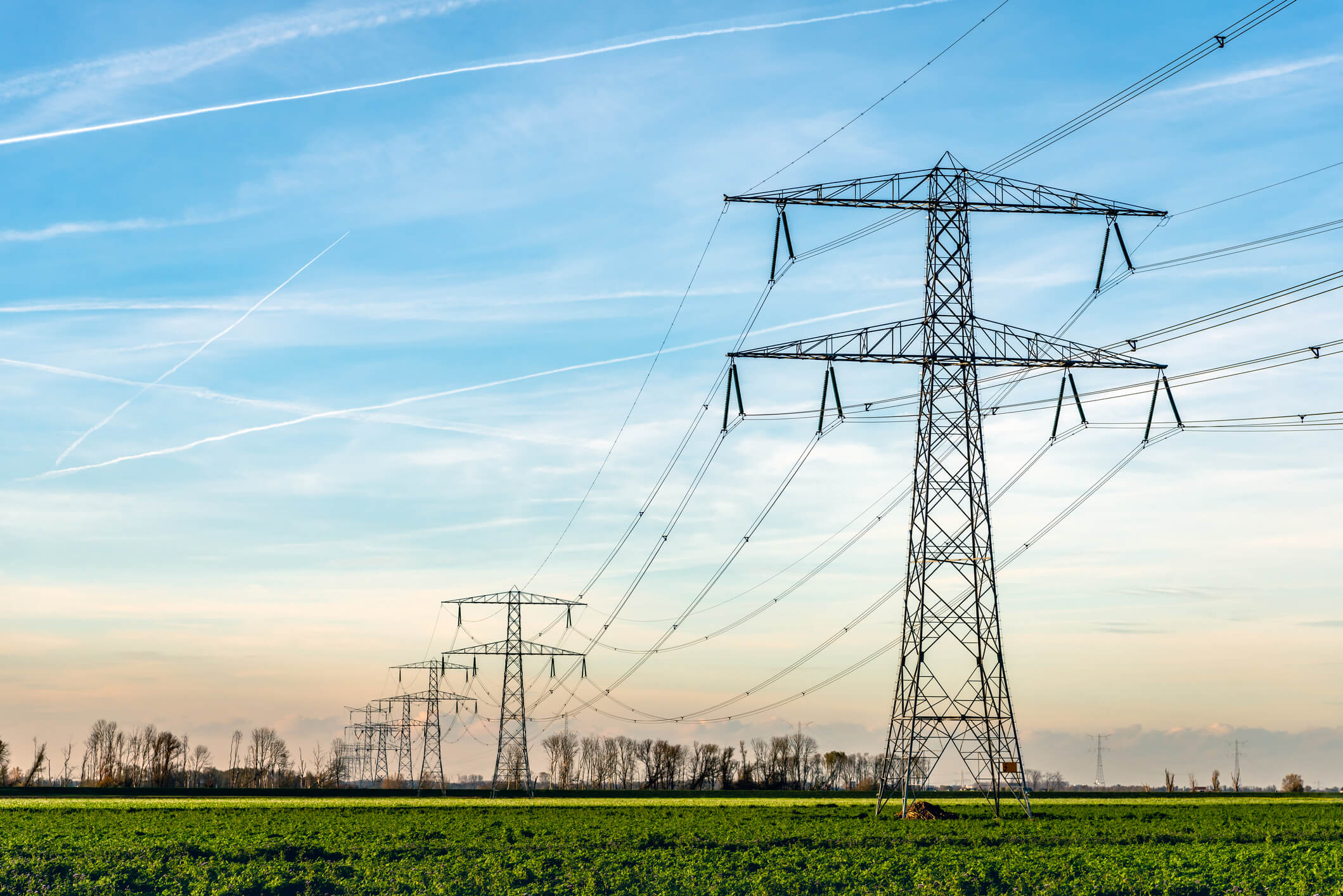 The Complete Guide to Choosing Your Energy Provider

Deregulation allows alternate suppliers into the market to offer their energy products to consumers. The price they offer is not set by the government or the utility company. It allows you to choose your supplier like you would for most other service providers. For example, if you are unhappy with the price of your Internet service, you can change to another company. Deregulation allows you the same freedom.

The Complete Guide to Choosing Your Energy Provider

Deregulation allows alternate suppliers into the market to offer their energy products to consumers. The price they offer is not set by the government or the utility company. It allows you to choose your supplier like you would for most other service providers. For example, if you are unhappy with the price of your Internet service, you can change to another company. Deregulation allows you the same freedom.

Most people consider the United States electric industry the last great government-sanctioned monopoly. The monopoly, composed of hundreds of individual energy suppliers, ensures that everyone within the United States receives a steady flow of energy at stable prices. The system has served the country well for several decades. However, the system also has several drawbacks.

While a regulated energy system guarantees stable service, it also ensures there is only one service provider per region. This means there is no competition among providers. While this may not seem like a problem on the surface, it’s a long-term issue in regard to pricing and customer service.

In response to the growing number of people dissatisfied with a lack of options, many states have opened their systems to energy competitors in a process known as deregulation. This complete guide will help you understand deregulation and its benefits, as well as guide you through the process of choosing a new energy provider.

View plans and prices available in your area

What Is Energy Supply Regulation?

In a regulated energy supply system, consumers only have a single utility company available to them. The utility company sets the price of the energy provided and controls the costs involved in sending it to homes, maintaining lines and pipes, and ensuring the consistency of the power supply. Within this system, the consumer has no power to choose their utility company.

This regulated system has a long and storied past in the United States, beginning in the early 1900s during the New Deal Era.

During this time, large interstate companies controlled more than 75 percent of the country’s electric generating capacity, and they almost completely controlled the pricing of that energy, artificially inflating it to maximize profits. In 1935, Congress passed the Public Utility Holding Company Act of 1935, more commonly known as PUHCA, which forced these large companies to break up.

The passing of PUHCA effectively sanctioned the creation of 300 power systems and 800 rural cooperatives to replace the old energy monopolies. To prevent another slew of private monopolies to develop, the government regulated these new energy providers with strict rules, dictating the region they could operate in and the prices at which they could offer energy.

At first, this system proved to be quite effective, benefiting the majority of the United States’ population. Not only did these smaller companies provide more reliable service to customers, but they did so at fairer, more stable rates. While this solution helped to eliminate the immediate problem of interstate energy monopolization, the regulation of energy also eliminated any possibility for competition between energy companies.

Today, the continuing practice of energy regulation has resulted in stagnant energy prices and services. 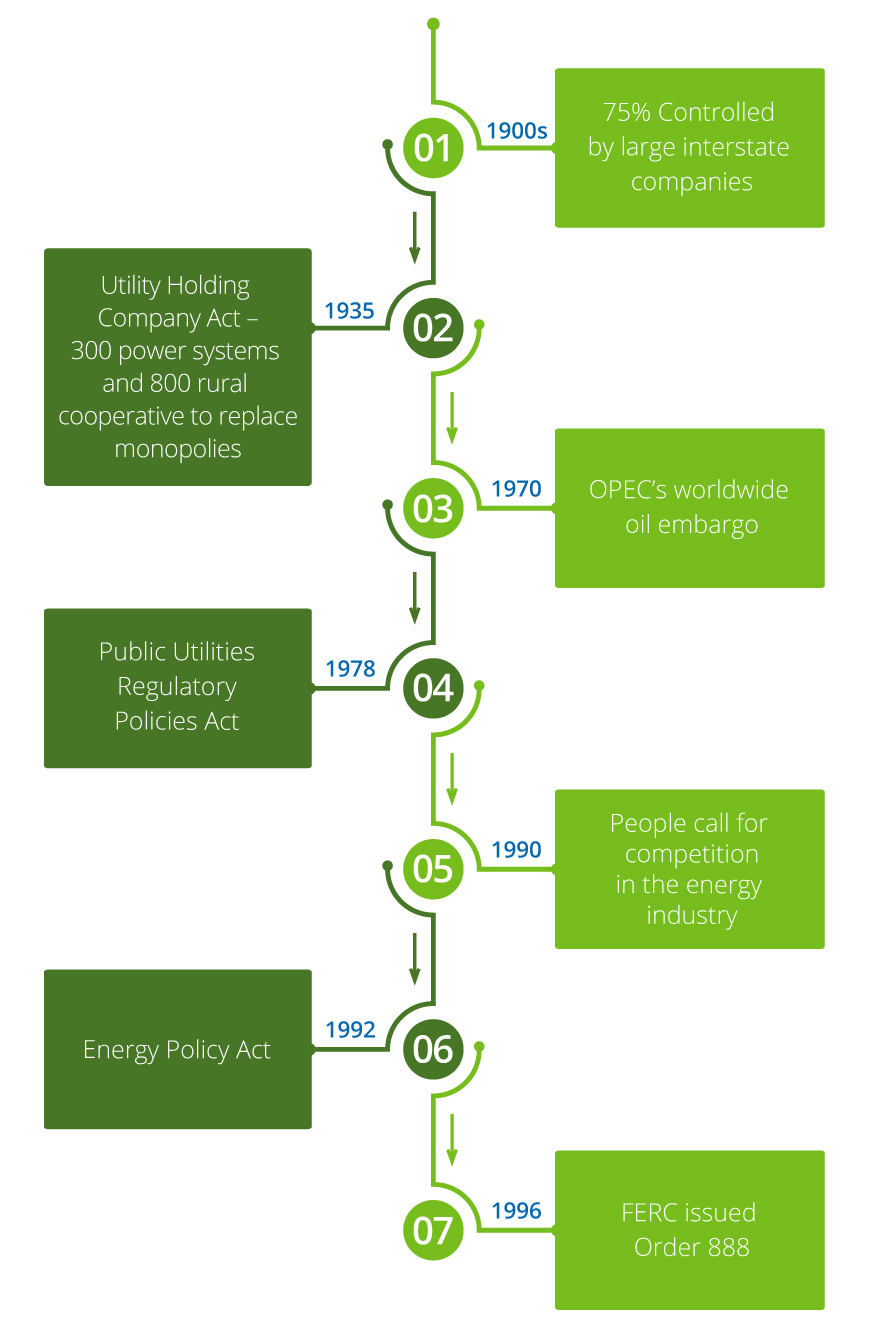 What Is Energy Supply Deregulation?

In a deregulated energy market, the limitations of PUHCA are somewhat lifted, allowing multiple suppliers to exist within a single territory. A wider variety of natural gas and electricity suppliers are available to each consumer within the deregulated territory, providing consumers with the power to choose their energy provider. Just like in a regulated system, energy consumers receive the same amount of energy with the same consistency, but the price and quality of their service, as well as their service options, can drastically change.

Deregulation began in the 1970s when OPEC’s worldwide oil embargo changed the face of the electric and natural gas industry. It not only caused petroleum oil to run scarce, it also caused electricity and gas prices to skyrocket. This caused a renewed interest in alternative forms of energy.

In response to the worldwide oil crisis, Congress passed the Public Utilities Regulatory Policies Act, or PURPA, in 1978. It required utilities to pursue renewable energy options and created a structure for independent power companies to come back into the market. However, private energy companies were still discouraged under PUHCA’s limitations, resulting in very few appearing in the market.

In the 1990s, however, national attention focused on energy options more than ever before. People began to call for compe